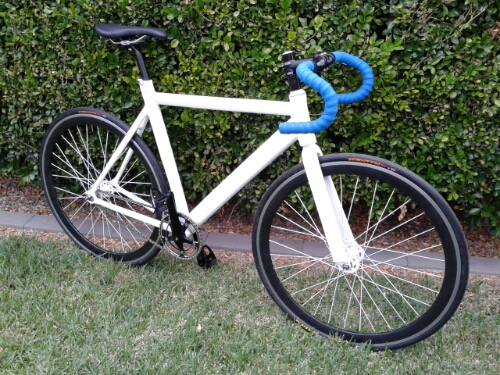 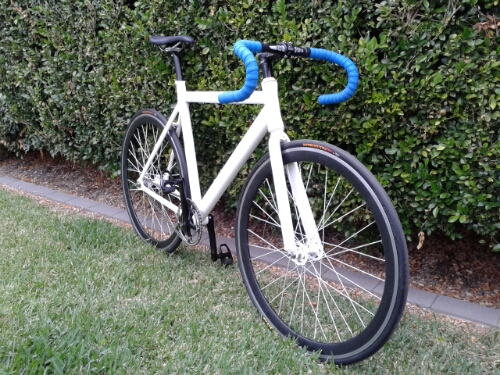 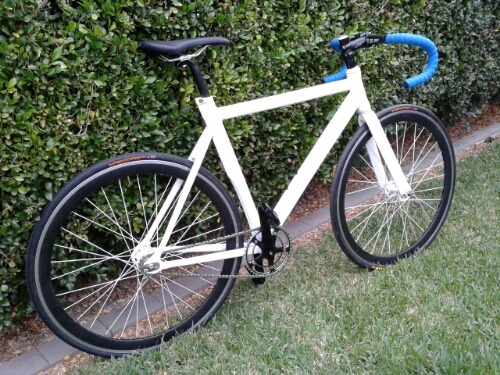 I had a dig around my parts bin on the weekend to see whether I could find another bike in there somewhere. It seems I could! I am just missing some handlebar tape and bottom bracket bolts (I have a sprocket and stem not shown too).

The frame is a Cycling Deal fixie/track frame TF-56W. I bought it for another project, but then lost interest in building it when I got my Wabi Special. Being an aluminium frame, I thought about building it up as a rain bike, but really could not be bothered. When I realized that I had enough parts to almost build a bike to use to train on my rollers, I finally built it up.

The wheels are from my first Cell Bikes fixie. I used them on my second Cell fixie for a while before replacing them. I have pulled them out of the shed to complete this bike.

For more information on the bike, explore the Project Beetlejuice tag on this blog, and here and here. 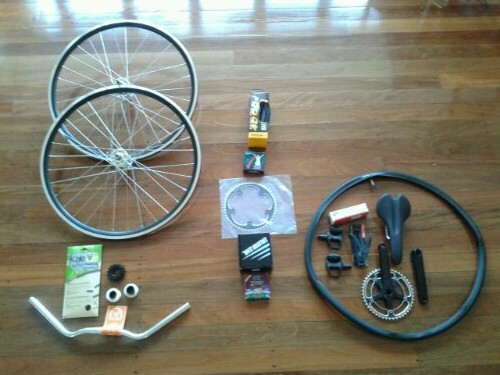 I have been collecting bicycle parts for a while to customise a few of my bikes.

The pile on the left is for my Cell Bikes fixie frame, Wonder Woman.

The pile in the middle is for my Wabi Cycles Special, Tigger.

The pile on the right is for my Cycling Deal fixie frame, Project Beetlejuice.

A few people have asked me what is happening with Project Beetlejuice — my bike build using a Cycling Deal fixie/track frame TF-56W.

In short, Project Beetlejuice has been on the backburner for a few months. Over Christmas, my wife gave me a Wabi Cycles Special. (For more posts on my Wabi Special, explore the Bloke’s Lens Tigger tag, or Bloke’s Post Tigger tag.)

I have therefore changed the focus of the Project Beetlejuice build. I had originally been building a budget bike, but spending money on a few key nice parts, such as wheels. The aluminium Cycling Deal frame is now going to become my rain bike. I may end up renaming the build at some point — I just need to find a more appropriate name!

I have fitted the headset, but done a bit of a dodgy job of it. Both the bearings and the seat were painted. I probably should have removed this paint before trying to fit the headset because the bearings were a stupidly tight fit. I am hoping that I have not damaged the frame or bearings in the process of trying to fit them. I will take some photos, but I have been unable to get the bottom bearing to sit square. I am hoping that a few hundred kilometres of road vibrations will sort it out.

A parts update for the Cycling Deal fixie/track frame TF-56W:

That should then only leave cranks, chainring, pedals, stem, brake levers and calipers, and a chain to complete this build. 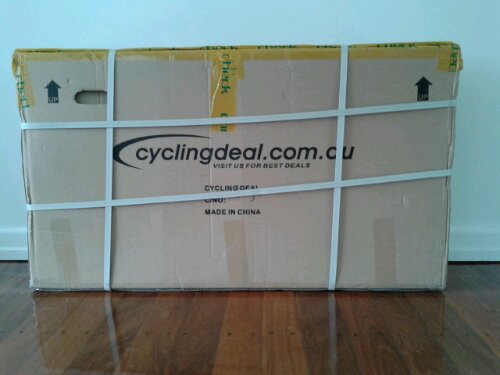 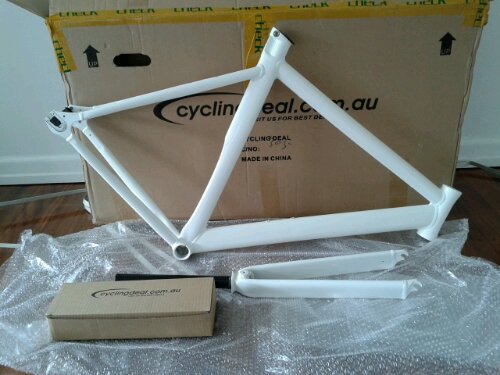 I am collecting parts for a new bike build, code named Project Beetlejuice. This is a Elite Custom Race Resin Cage in stealth black. On my scales, it weighed in at 42 grams. 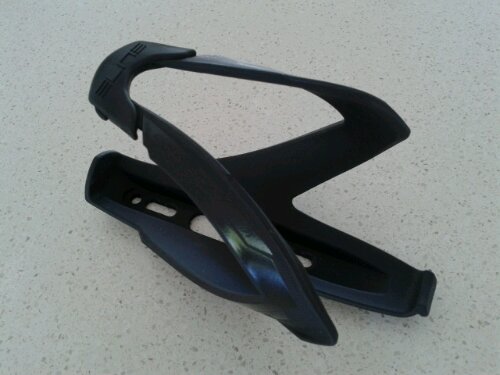 I have started collecting parts for my next bike build project. I have named the build Project Beetlejuice because I want this bike to have a hint of wild side. The bike will be a singlespeed.

This is the first part of Project Beetlejuice, a  Selle Italia SLS Kit Carbonio Flow saddle. According to my scales, it weighs in at 215 grams. 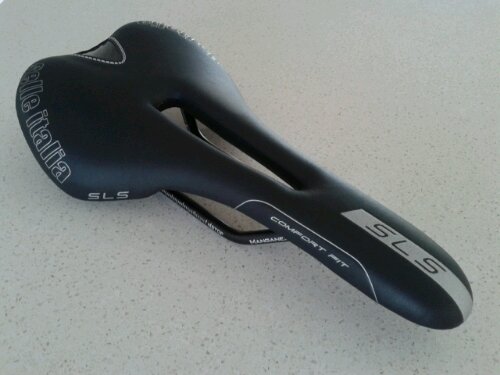 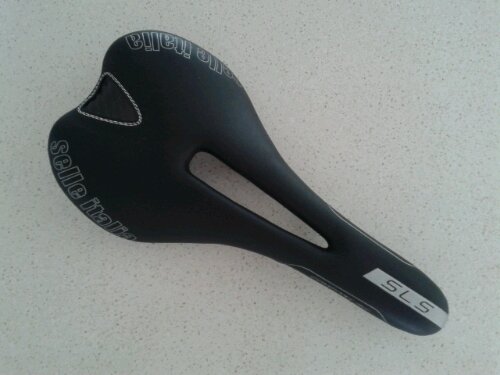