I have started the process of customising my Wabi Special from Wabi Cycles. I have replaced the front tyre with a Continental Grand Prix 4000S. I plan to replace the rear tyre when my new freewheel, chain and chain ring arrive.

The original tyres on the Wabi Special were Kenda Koncept tyres. My previous experience with Kenda bicycle tyres had not been particularly good, so I was keen to replace them. According to my wife’s digital kitchen scales, the Kenda Koncept tyres weighed in at 221 grams, with the Kenda tube at 94 grams.

The Continental Grade Prix 4000S weighed in 213 grams, while the Vittora Ultralight tube I fitted was 82 grams. Curiously, a second set of identical Continental/Vittoria tyres/tubes weighed at the same time tipped the scales at 217 grams and 92 grams respectively. I have saved the heavier tyre/tube set for fitting to the rear wheel. 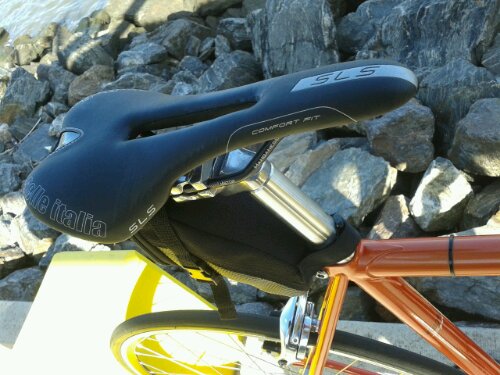