I took a ride out to Nudgee Beach today — a 76 km round trip from Yeronga, including a couple of laps of the Nundah Criterium Circuit — on my Cell Bikes singlespeed.

Nudgee Beach seems to be a very popular destination for cyclists, mainly because of the extensive offroad sealed bikeways that can be used to get there. It has taken me three exploratory rides to work out the best way to get from the Brisbane River Loop on to the Kedron-Brook Bikeway, which then links to the Jim Soorley Bikeway and the Moreton Bay Cycleway, before following the Nudgee Road bikeway to Nudgee Beach.

You can explore Brisbane’s bikeways using the cycling layer at Google Maps. 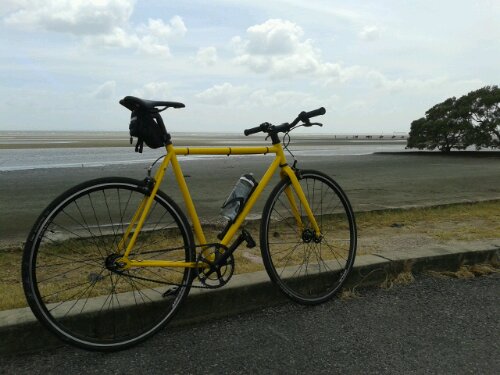